Abstracts are now being accepted for paper and poster presentations at an International Conference on Ethics & Humanitarian Research.

The conference is organised jointly by the PREA Research Team and The Ohio State University (OSU).

Others will be added as confirmations are received.

More about the conference:

One output is a practical tool to facilitate reflection on and learning from ethical issues arising during humanitarian research. The tool will be launched at the conference, along with keynote lectures, accepted paper and poster presentations, and structured conversations between humanitarian researchers and ethicists.

The PREA project also has an open call for submissions of Case Studies in the Ethics of Humanitarian Research: http://www.preaportal.org/case-studies/

If you have specific questions about the Conference, please email info@preaportal.org.

Check out this World Health Organization site containing some valuable resources and points of reflection on ethical issues arising during public health outbreaks and pandemics.

Consider exploring some of the questions coming out of that site through Case Studies or by applying the Humanitarian Health Ethics Research Tool (HHEAT).

We look forward to hearing your thought! Contact us here.

Cut and paste the WHO site in your browser: http://www.who.int/ethics/topics/outbreaks-emergencies/en/

0 comments on “Moral Experiences of Palliative Care: Poster and Graphic”

As presented by Matthew Hunt at the 10th World Research Congress of the European Association of Palliative Care (EAPC) 24-26 May 2018 in Bern, Switzerland.

0 comments on “Priceless: the value of building an international collaborative team”

As presented by Olive Wahoush at the 1st World Congress on Migration, Ethnicity, Race and Health (MERH), 17-19 May 2018 in Edinburgh, Scotland.

As presented by Lisa Schwartz at the 1st World Congress on Migration, Ethnicity, Race and Health (MERH), 17-19 May 2018 in Edinburgh, Scotland.

0 comments on “What is the role of ethics in humanitarian health research?”

About the R2HC research ethics tool. 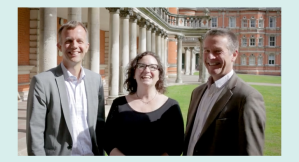 From a new resource on Community of Practice for Integrated People Centred Palliative Care by WHO, info@integratedcare4people.org.

0 comments on “In Focus: Olive Wahoush”

Dr. Olive Wahoush has been an advocate and researcher of refugee health care since 1987. She came to this topic first through teaching undergraduate nurses maternal newborn health in a refugee camp in Jordan in the 1987 and later through hospital administration and volunteer roles in Pakistan and Canada. Olive trained as a nurse in Northern Ireland during the 1970s a period of civil conflict, during that time she was exposed to ethical issues around triage, resource allocation, discrimination, and direct patient care. Later during her time as a nurse educator and leader in the Middle East and Pakistan she became interested in global health issues when she was exposed to situations where populations were on the move, capacity development was essential in health service programs and in health professional education.

Olive emigrated to Canada in 1992 and continued to build on her interests in maternal and child health, community engagement and outreach to include vulnerable and underserved groups in Hamilton and Toronto. She completed her PhD at UofT and her doctoral research examined health care access and experiences of refugee and refugee claimant families in Hamilton. Through her roles at the School of Nursing at McMaster University, Olive was instrumental is leading and promoting research with refugees, newcomers and other underserved populations. Many undergraduate and graduate students now complete experiential learning placements in Hamilton, Toronto and Internationally with agencies serving refugees and other underserved groups.

When it comes to health for refugees as they work to settle in a new environment, Olive sees equitable outcomes as a fundamental ethical concern, it is not enough to focus on access, some people need more help than others to get to the same outcome. For example newcomers such as refugees need time, language development and information about their adopted country and the new systems they need to use to live well. When asked about what the main priorities are for refugee healthcare abroad, Olive identified respect and recognition of refugees’ situations and conditions [or, refugeedom] as a priority area for researchers concerned with ethical dimensions of care or of research. Although there are common concerns across refugee populations that enable rapid response programming, there are also significant differences related to the circumstances such as war or climate change and history affecting populations, settings and individuals.

Recent research Olive has been involved in or leading include studies focused on reproductive health, health and resettlement of refugee and refugee like families in Canada and exploring the selection process for refugees in transit countries like Jordan. She has recently become a co-investigator on the HHE project exploring ethical aspects related to palliative care in humanitarian crisis situations. She has made invaluable connections with practitioners, academics and researchers on the ground in Jordan in order to learn about the provision of palliative care in refugee contexts (in camps and in urban settings) in that country.

From our colleagues at the World Health Organization:

New WHO guidelines on ethical issues in public health surveillance

These guidelines, recently published by WHO, are the first international framework to provide ethics guidance on issues in public health surveillance. They are available at:http://apps.who.int/iris/bitstream/10665/255721/1/9789241512657-eng.pdf?ua=1

To receive more information and resources about public health ethics, subscribe to PAHO’s list devoted to the topic using the following link: http://listserv.paho.org/scripts/wa.exe?SUBED1=PUBLICHEALTHETHICS&A=1

1 comment on “The Global Migration Crisis in an Age of Moral Austerity: Reflections in Humanitarian Ethics”

Dire words abound: “Global forced displacement hits record high”[1] and “We are currently witnessing the largest and most rapid escalation ever in the number of people being forced from their homes”.[2] The number of people in flight has grown steadily over the last four years to the point that there are more than 65 million people forcibly displaced from their homes, a level not seen since the Second World War.

Numbers say a lot, but they don’t tell us everything. They don’t tell us about traumatic journeys, about the anguish of taking impossible risks and navigating complex networks of saviors and swindlers.[3] They say nothing of the despair endured by the internally displaced whose needs get overlooked.[4]

As a teen, I was highly influenced by the writings of the moral philosopher Peter Singer. His book “Animal Liberation” was unlike anything I had read. [5] Singer validated my decision to adopt a vegetarian diet against much societal pressure. His writings also helped me to frame my understanding of the gross imbalances of wealth in the world and to view disparity as other than natural or inevitable.

Famously, Singer devised the thought experiment of a drowning child: [6]

On your way to work, you pass a small pond. … You are surprised to see a child splashing about in the pond. As you get closer, you see that it is a very young child, just a toddler, who is flailing about, unable to stay upright …. If you don’t wade in and pull him out, he seems likely to drown. Wading in is easy and safe, but you will ruin the new shoes you bought only a few days ago, and get your suit wet and muddy. What should you do?

Obviously a decent person would wade in and save the child. Singer uses the thought experiment of the drowning child to argue that those of us in affluent countries have an ethical duty to help distant strangers as we do to help those in close proximity: that distance (geographic or affective) does not justify deadly neglect. So then what of the estimated 5.9 million children who will die before reaching age five as a result of diseases that are readily and affordably prevented and treated?[7] Although Singer’s thought experiment is problematic and subject to critique,[8] it is influential and compelling.

Its parallel with the Global Migration Crisis is stark. Singer’s drowning child has drowned, is drowning.

In April 2015, the humanitarian organization Médecins Sans Frontières (MSF) took the unprecedented step of launching search, rescue and medical aid operations in the Mediterranean Sea. Its aid workers quickly discovered that more was required than pulling people from the water. An MSF nurse put it best, “Their bodies tell us about the horrible things they’ve been through.”[9]

As with so many crises of humanity, humanitarian and other civil society organizations are wading in where governments refuse to tread. The humanitarian response to the Global Migration Crisis is an act of defiance and solidarity. It involves care for victims of rape and psychosocial support for survivors of detention, torture, sexual exploitation and human trafficking. While these are noble efforts, they are increasingly thwarted by official indifference, obstruction, and outright belligerence on the part of governments and anti-immigration forces.

It seems we live in an age of moral austerity.

To make sense of moral austerity, it helps to look to the social, economic and political forces that shape the realm of the possible. The prevailing dominant ideology in our social and economic lives is neoliberalism.[10] The neoliberal paradigm situates us in an era of economic austerity in the wake of the global financial crisis (of its own making). Economic austerity requires moral austerity as our governments impose deep cuts that affect the most vulnerable members of our societies while channelling trillions of our public dollars to private banks and corporations.[11] The system of imposing regressive policies on the heels of destabilizing shocks is aptly described as disaster capitalism.[12] It is a neoliberal logic that sees first to the wants of banks and corporations. Corporate hegemony doesn’t demand our compassion as it does our life savings, and thankfully morality is not finite. So instead, let’s direct our compassion to Singer’s drowning child.

On the basis of Singer’s thought experiment, this is my simple argument for providing succor to the victims of the Global Migration Crisis, for rescuing people in immediate distress, for providing medical and psychosocial care, for opening up safe routes to sanctuary, for allowing people to cross borders with or without travel documents, and for resettling people who require it.[13]

To be clear, the solution to the Global Migration Crisis will be neither medical nor charitable. We must not disassociate the crisis from broader injustices that are forcing displacement, including war and political violence, the bombing of schools, hospitals and civilians with impunity, climate crisis and ecological collapse from ruthless resource extraction and agribusiness, and what political theorists call accumulation by dispossession.[14] We can expect to see more and more drowning children in an ever expanding pond. But by exercising our compassion, supporting humanitarian and other civil society organizations, and holding our governments accountable, there may be hope yet for Singer’s drowning child and for us.

John Pringle can be reached at johndpringle@gmail.com.

You can find an additional commentary at John’s Huffington Post page: http://www.huffingtonpost.com/entry/the-worlds-your-detention-center-as-humanity-wrings_us_5919b5dee4b02d6199b2f168