Skip to content
0 comments on “Film Review: Bending the Arc” 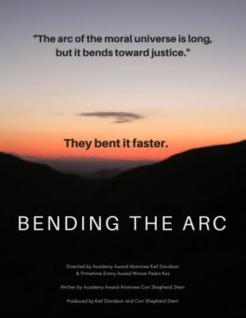 “Bending the Arc” tells the story of Paul Farmer, his colleagues at Partners in Health, and how a tiny NGO in rural Haiti came to push the boundaries of what was possible in global health.

The film is based on the book “Mountains Beyond Mountains” by Tracy Kidder.  It offers a chronological history of Partners in Health and highlights how Farmer and his colleagues approached healthcare for the poor from a unique philosophical position.

In the film, Farmer offers many critiques of the way traditional development work and global health are framed saying, “appropriate technology just means shit for poor people and good things for rich people.”  He continually pushes viewers to challenge assumptions about healthcare for the poor.  The film also presents the claim that neo-liberalism and World Bank imposed austerity programs that have been forced upon low-resource countries have devastated the social and health infrastructure of these countries. At one point, Farmer expresses frustration with the often-quoted platitude, “it is better to teach a man to fish” because, as he says, “their ships are sunk”!  He seems to be saying, we cannot solve the healthcare problems of rural Haiti by training healthcare workers or increasing health literacy when the healthcare system as a whole is devastated by austerity programs.